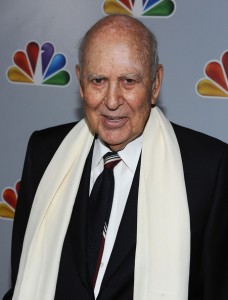 A lot of people like snow. I find it to be an unnecessary freezing of water.   Carl Reiner

Carl Reiner (born March 20, 1922) is an American actor, director, producer, and writer of comedy whose career spans nearly seven decades.  Reiner played a comedy duo in “2000 Year Old Man” with Mel Brooks, and acted in films such as The Russians Are Coming, the Russians Are Coming (1966) and the Ocean’s Trilogy(2001-2007). Reiner has won nine Emmy Awards and one Grammy Award during his career. He is the father of actor and director Rob Reiner and author Annie Reiner.