You tell me, and I forget. You teach me, and I remember. You involve me, and I learn.   Benjamin Franklin

Born in Boston in 1706, Benjamin Franklin organized the United States’ first lending library and volunteer fire department. His scientific pursuits included investigations into electricity, mathematics and mapmaking. He helped draft the Declaration of Independence and the U.S Constitution, and negotiated the 1783 Treaty of Paris, which marked the end of the Revolutionary War.

I’m completely in favor of the separation of Church and State. My idea is that these two institutions screw us up enough on their own, so both of them together is certain death.   George Carlin

George Denis Patrick Carlin (May 12, 1937 – June 22, 2008) was an American comedian, writer, social critic, and actor who won five Grammy Awards for his comedy albums. Carlin was noted for his black comedy as well as his thoughts on politics, the English language, psychology, religion, and various taboo subjects. Carlin and his “Seven dirty words” comedy routine were central to the 1978 U.S. Supreme Court case F.C.C. v. Pacifica Foundation, in which a 5–4 decision by the justices affirmed the government’s power to regulate indecent material on the public airwaves.

A great speech from James Earl Jones in the movie Field of Dreams.

Iowa farmer Ray Kinsella hears a voice in his corn field tell him, “If you build it, he will come.” He interprets this message as an instruction to build a baseball field on his farm, upon which appear the ghosts of Shoeless Joe Jackson and the other seven Chicago White Sox players banned from the game for throwing the 1919 World Series. When the voices continue, Ray seeks out a reclusive author to help him understand the meaning of the messages and the purpose for his field.

Terence Mann: Ray, people will come Ray. They’ll come to Iowa for reasons they can’t even fathom. They’ll turn up your driveway not knowing for sure why they’re doing it. They’ll arrive at your door as innocent as children, longing for the past. Of course, we won’t mind if you look around, you’ll say. It’s only $20 per person. They’ll pass over the money without even thinking about it: for it is money they have and peace they lack. And they’ll walk out to the bleachers; sit in shirtsleeves on a perfect afternoon. They’ll find they have reserved seats somewhere along one of the baselines, where they sat when they were children and cheered their heroes. And they’ll watch the game and it’ll be as if they dipped themselves in magic waters. The memories will be so thick they’ll have to brush them away from their faces. People will come Ray. The one constant through all the years, Ray, has been baseball. America has rolled by like an army of steamrollers. It has been erased like a blackboard, rebuilt and erased again. But baseball has marked the time. This field, this game: it’s a part of our past, Ray. It reminds of us of all that once was good and it could be again. Oh… people will come Ray. People will most definitely come.

Trivia from IMDB:  Thousands of pallets of green grass were brought in to make the baseball field, but due to the haste in planting because of the shooting schedule, the grass was not able to grow appropriately and died. In order to keep the grass green, the production crew painted the grass. 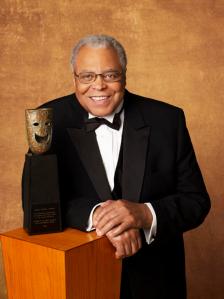 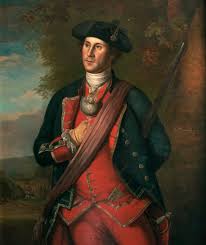 Be courteous to all, but intimate with few, and let those few be well tried before you give them your confidence. True friendship is a plant of slow grow, and must undergo and withstand the shocks of adversity before it is entitled to the appellation.    George Washington

George Washington was born on February 22, 1732, in Westmoreland County, Virginia. Washington served as a general and commander-in-chief of the colonial armies during the American Revolution, and later became the first president of the United States, serving from 1789 to 1797. He died on December 14, 1799, in Mount Vernon, Virginia. 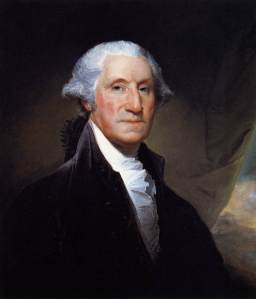