The awesome Jack Black pretending to be a subsitute teacher in the movie School of Rock.

Dewey Finn: Give up, just quit, because in this life, you can’t win. Yeah, you can try, but in the end you’re just gonna lose, big time, because the world is run by the Man. The Man, oh, you don’t know the Man. He’s everywhere. In the White House… down the hall… Ms. Mullins, she’s the Man. And the Man ruined the ozone, he’s burning down the Amazon, and he kidnapped Shamu and put her in a chlorine tank! And there used to be a way to stick it to the Man. It was called rock ‘n roll, but guess what, oh no, the Man ruined that, too, with a little thing called MTV! So don’t waste your time trying to make anything cool or pure or awesome ’cause the Man is just gonna call you a fat washed up loser and crush your soul. So do yourselves a favor and just GIVE UP!

(I finally firgured out how to embed movies in a post)

If someone was making a movie about me, I would like Mr. Black to play me, this is the best picture I could find of him with short hair. (if that gives you any clue about my looks) (0r Steve Zahn) 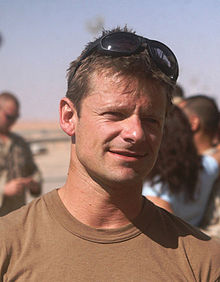