You can’t run away from trouble. There ain’t no place that far. Uncle Remus

Uncle Remus is a fictional character, the title character and fictional narrator of a collection of African-American folktales adapted and compiled by Joel Chandler Harris, published in book form in 1881. A journalist in post-Reconstruction Atlanta, Georgia, Harris produced seven Uncle Remus books.

Trivia from IMDB: The complete film has never been released on DVD in the USA, but extensive clips appear on the Alice in Wonderland (1951) Un-Anniversary Edition DVD (2010), in the special feature One Hour in Wonderland (1950). 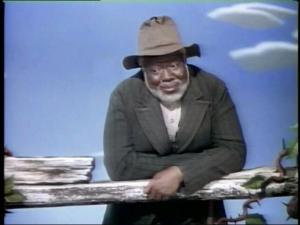 You can’t run away from trouble. There ain’t no place that far. Uncle Remus