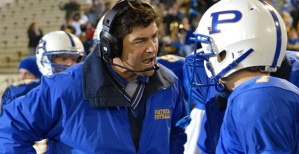 Friday Night Lights is an American drama television series based around a high school football team in the fictional town of Dillon, Texas. It was developed by Peter Berg, and executive produced by Brian Grazer, David Nevins, Sarah Aubrey, and Jason Katims, based on the book and film of the same name. The series’ primary setting, Dillon, is a small, close-knit community in rural Texas. Particular focus is given to team coach Eric Taylor (Kyle Chandler) and his family, Tami and Julie. The show uses this small town backdrop to address many issues facing contemporary American culture, including family values, school funding, racism, drugs, abortion and lack of economic opportunities.

When Jason Street went down in the first game of the season, everybody wrote us off. Everybody. And here we are at the championship game. Right now 40,000 people have also written us off. But there are some who do still believe in you, a few who’d never give up on you. When you take that field, those are the people I want in your minds. Those are the people I want in your hearts. Every man at some point is gonna lose a battle. He’s gonna fight and he’s gonna lose. But what makes him a man, is that in the midst of that battle he does not lose himself. This game is not over, this battle is not over. So let’s hear it one more time, together. Clear eyes, full hearts, CAN’T LOSE!  Team Coach Eric Taylor (played Kyle Chandler).

Never seen the show, but I do enjoy a good speech about what is important in life. 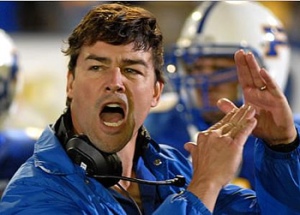