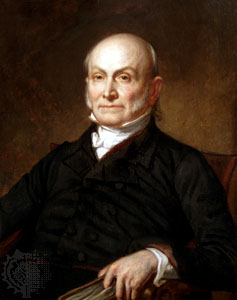 The first and almost the only book deserving universal attention is the Bible,the Bible is the book of all others, to be read at all ages, and in all conditions of human life.  John Quincy Adams

(July 11, 1767 – February 23, 1848) was an American statesman who served as the sixth President of the United States from 1825 to 1829. He also served as a diplomat, a Senator and member of the House of Representatives. He was a member of the Federalist, Democratic-Republican, National Republican, and later Anti-Masonic and Whig parties.