Be yourself, no one can say you are doing it wrong.  Charles Schulz

Charles Schulz, born in Minneapolis, Minnesota, on November 26, 1922, launched his comic strip Peanuts in 1950. Featuring hero Charlie Brown, over the years the strip would run in more than 2000 newspapers and in many languages. Peanuts also expanded into TV specials like the Emmy-winning A Charlie Brown Christmas as well as books and a huge merchandise collection. Schulz died on February 12, 2000. 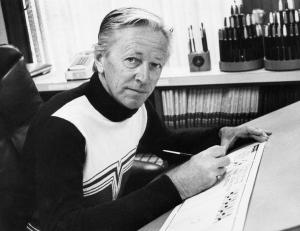