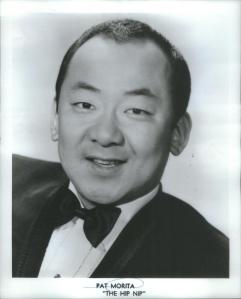 You may have heard that back in the States there are some people who are smoking grass. I don’t know how you feel, but it’s sure easier than cutting the stuff.    Pat Morita

Noriyuki “Pat” Morita (June 28, 1932 – November 24, 2005) was an American film and television actor who was well known for playing the roles of Matsuo “Arnold” Takahashi on Happy Days and Kesuke Miyagi in theThe Karate Kid movie series, for which he was nominated for the Academy Award for Best Supporting Actor in 1984.  Morita was the lead actor in the television program Mr. T and Tina, regarded as the first American sitcom centered on a person of Asian descent, and Ohara, a police-themed drama. Both television shows were aired onABC, but they were both short-lived. 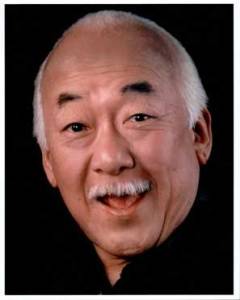