I had a great shoe contract and glove contract with a company who paid me a lot of money never to be seen using their stuff.   Bob Uecker

Robert George Uecker (born January 26, 1934) is an American former Major League Baseball player and current sportscaster, comedian, and actor.  Facetiously dubbed “Mr. Baseball” by TV talk show host Johnny Carson, Uecker has served as a play-by-play announcer for Milwaukee Brewers radio broadcasts since 1971. He was honored by the National Baseball Hall of Fame with its 2003 Ford C. Frick Award in recognition of his broadcasting career. 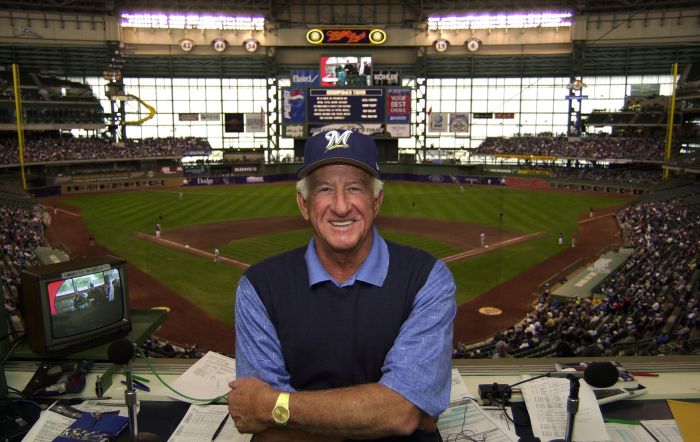