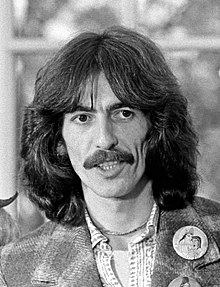 The nicest thing is to open the newspapers and not to find yourself in them.    George Harrison

George Harrison MBE (25 February 1943 – 29 November 2001) was an English guitarist, singer-songwriter, and producer who achieved international fame as the lead guitarist of the Beatles. Often referred to as “the quiet Beatle”, Harrison embraced Indian culture and helped broaden the scope of popular music through his incorporation of Indian instrumentation and Hindu-aligned spirituality in the Beatles’ work. Although the majority of the band’s songs were written by John Lennon and Paul McCartney, most Beatles albums from 1965 onwards contained at least two Harrison compositions. His songs for the group included “Taxman“, “Within You Without You“, “While My Guitar Gently Weeps“, “Here Comes the Sun” and “Something“, the last of which became the Beatles’ second-most covered song. 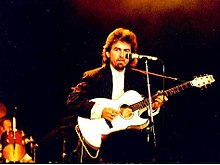