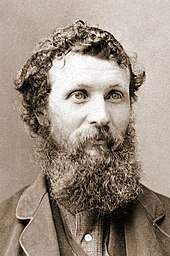 The power of imagination makes us infinite.   John Muir

John Muir ( April 21, 1838 – December 24, 1914) also known as “John of the Mountains” and “Father of the National Parks”, was an influential Scottish-American[4][5]:42naturalist, author, environmental philosopher, glaciologist, and early advocate for the preservation of wilderness in the United States of America.