I opened the door for a lot of people, and they just ran through and left me holding the knob. Bo Diddley

Ellas McDaniel (born Ellas Otha Bates, December 30, 1928 – June 2, 2008), known as Bo Diddley, was an American singer, guitarist, songwriter and music producer who played a key role in the transition from the blues to rock and roll. He influenced many artists, including Elvis Presley,[1] the Beatles, the Rolling Stones,[2] and the Clash.[3] 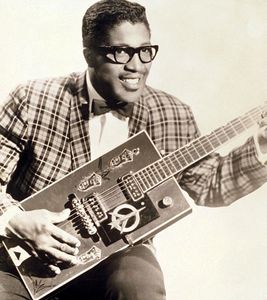