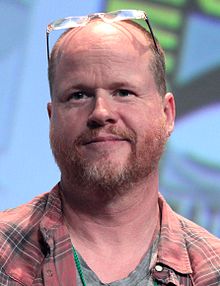 The thing with the comics is that you have license to go down every alley your brain can think of.   Joss Whedon