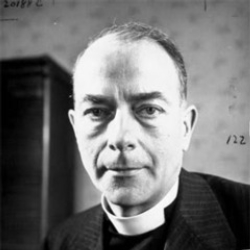 Desperation is like stealing from the Mafia: you stand a good chance of attracting the wrong attention.   Douglas Horton

Douglas Horton (July 27, 1891, Brooklyn, New York – August 21, 1968, Randolph, New Hampshire) was an American Protestant clergyman and academic leader who was noted for his work in ecumenical relations among major Protestant bodies of his day. In his roles as a denominational executive, international ecclesiastical figure, and academic leader, Horton strongly advocated efforts undertaken by churches to unite organizationally with each other, even those of unlike theological and governmental persuasion.