Jerry Della Femina (born 1936) is an American advertising executive and restaurateur. Starting from a poor Italian background in Brooklyn, he eventually became chairman of Della Femina Travisano & Partners, an agency which he founded with Ron Travisano in the 1960s. Over the next two decades they grew the company into a major advertising house that was billing $250 million per year and had 300 employees and offices in both New York and Los Angeles. Della Femina is known for his larger-than-life personality and colorful language, and was referred to as a “‘Madman’ of Madison Avenue”. In 1970, he wrote a book about the advertising industry, humorously titled, From Those Wonderful Folks Who Gave You Pearl Harbor: Front-Line Dispatches from the Advertising War. The book became a best-seller, described by The Guardian as “one of the defining books about advertising”, and eventually inspired the television series Mad Men. 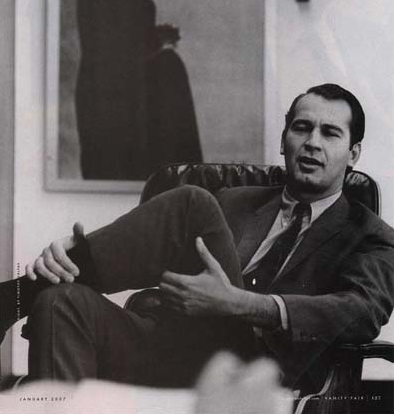