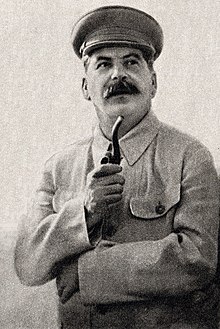 Death is the solution to all problems. No man – no problem.   Joseph Stalin

Joseph Vissarionovich Stalin[b] (born Ioseb Besarionis dze Jughashvili;[a] 18 December [O.S. 6 December] 1878[1] – 5 March 1953) was a Georgian revolutionary and Soviet politician who led the Soviet Union from the mid–1920s until 1953 as General Secretary of the Communist Party of the Soviet Union (1922–1952) and Premier (1941–1953). Despite initially governing the Soviet Union as part of a collective leadership, he eventually consolidated power to become the country’s de facto dictator by the 1930s. A communist ideologically committed to the Leninist interpretation of Marxism, Stalin formalised these ideas as Marxism–Leninism, while his own policies are known as Stalinism.

This is a picture supposedly at 37 of Stalin, I am not sure that is not Borat, as I got that image from Wikipedia. 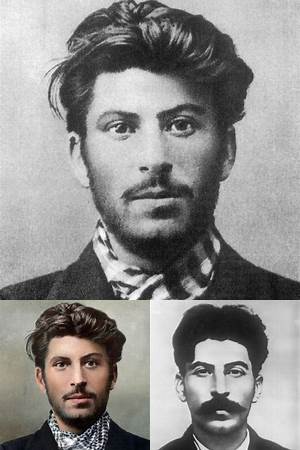 As I have seen this as a picture of Stalin at 23 in a police photo.