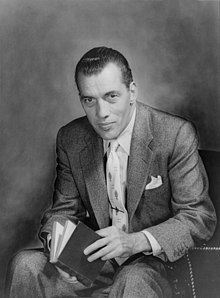 If you do a good job for others, you heal yourself at the same time, because a dose of joy is a spiritual cure. It transcends all barriers.   Ed Sullivan

Edward Vincent Sullivan (September 28, 1901 – October 13, 1974) was an American television personality, impresario, sports and entertainment reporter, and syndicated columnist for the New York Daily News and the Chicago Tribune New York News Syndicate. He is principally remembered as the creator and host of the television variety program The Toast of the Town, later popularly—and, eventually, officially—renamed The Ed Sullivan Show. Broadcast for 23 years from 1948 to 1971, it set a record as the longest-running variety show in US broadcast history. “It was, by almost any measure, the last great TV show,” said television critic David Hinckley. “It’s one of our fondest, dearest pop culture memories.”

From my limited reading of Mr. Sullivan he does not come off as a philanthropic type of guy but hey whatever, still a nice sentiment.