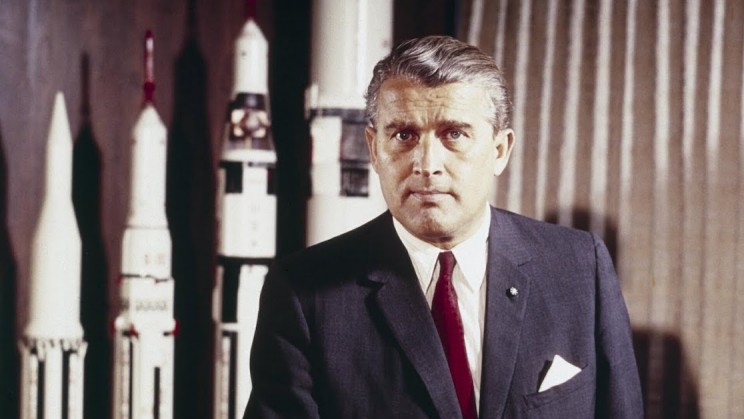 We can lick gravity, but sometimes the paperwork is overwhelming.   Wernher von Braun

Wernher Magnus Maximilian Freiherr von Braun (March 23, 1912 – June 16, 1977) was a German and later American aerospace engineer[3] and space architect. He was the leading figure in the development of rocket technology in Germany and a pioneer of rocket and space technology in the United States.[4]

While in his twenties and early thirties, von Braun worked in Nazi Germany‘s rocket development program. He helped design and develop the V-2 rocket at Peenemünde during World War II. Following the war, he was secretly moved to the United States, along with about 1,600 other German scientists, engineers, and technicians, as part of Operation Paperclip.[5] He worked for the United States Army on an intermediate-range ballistic missile program, and he developed the rockets that launched the United States’ first space satellite Explorer 1. 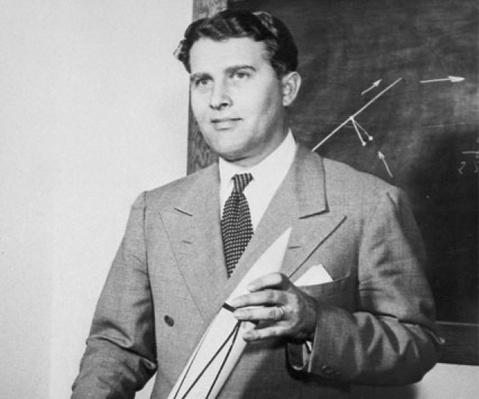