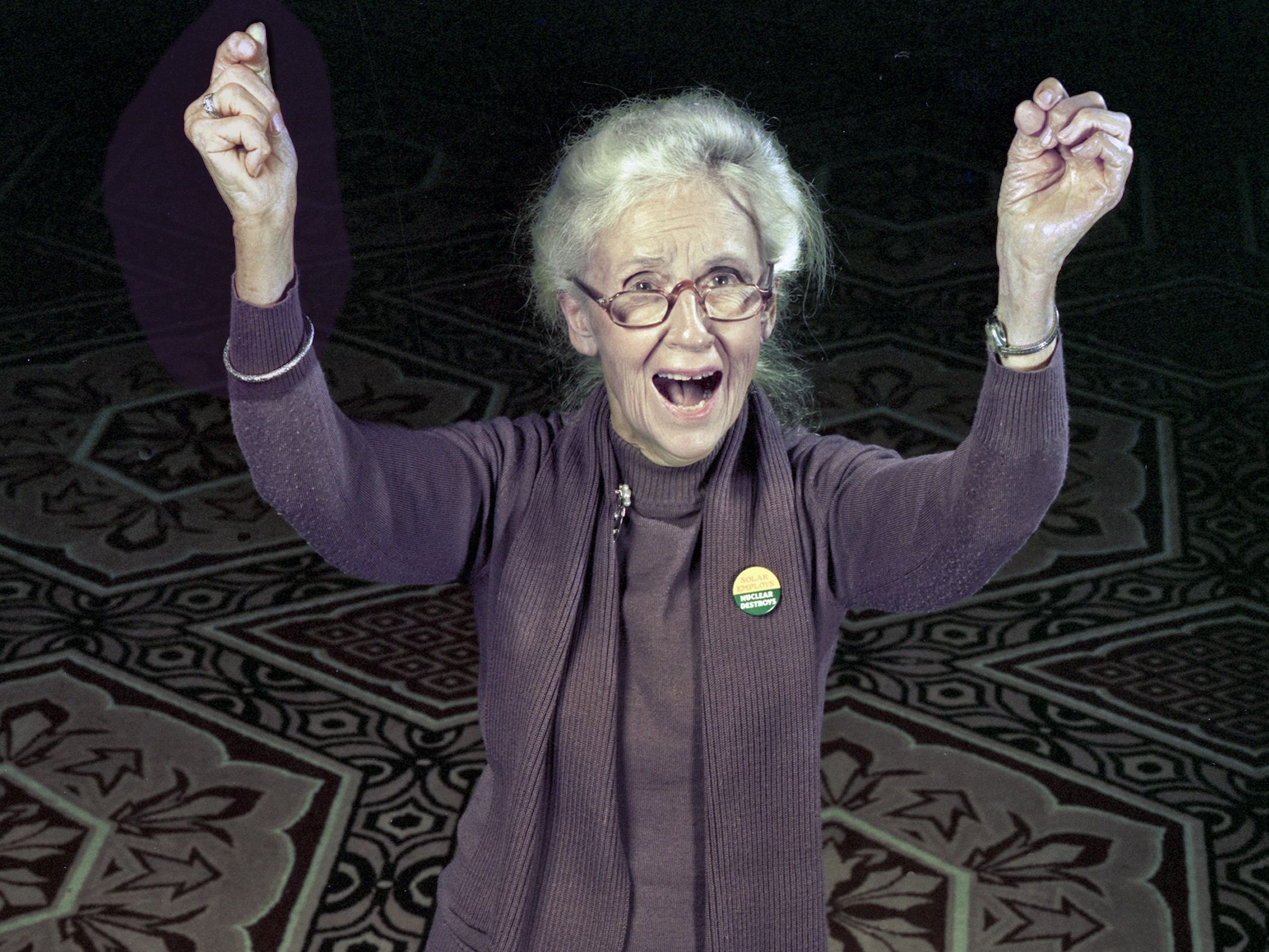 Leave safety behind. Put your body on the line. Stand before the people you fear and speak your mind – even if your voice shakes. When you least expect it, someone may actually listen to what you have to say. Well-aimed slingshots can topple giants.  Maggie Kuhn

Maggie Kuhn (August 3, 1905 – April 22, 1995) was an American activist known for founding the Gray Panthers movement, after she was forced to retire from her job at the then-mandatory retirement age of 65. The Gray Panthers became known for advocating nursing home reform and fighting ageism, claiming that “old people and women constitute America’s biggest untapped and undervalued human energy source.” She dedicated her life to fighting for human rights, social and economic justice, global peace, integration, and an understanding of mental health issues. For decades, she combined her activism with caring for her mother—who had a disability which required her to receive assistance in her care—and a brother who suffered from mental illness.