History keeps teaching us that we can’t recognize the important events that are going to trigger changes.   David Weinberger

David Weinberger (born 1950) is an American technologist, professional speaker, and commentator, probably best known as co-author of the Cluetrain Manifesto (originally a website, and eventually a book, which has been described as “a primer on Internet marketing”).  Weinberger’s work focuses on how the Internet is changing human relationships, communication, knowledge and society. 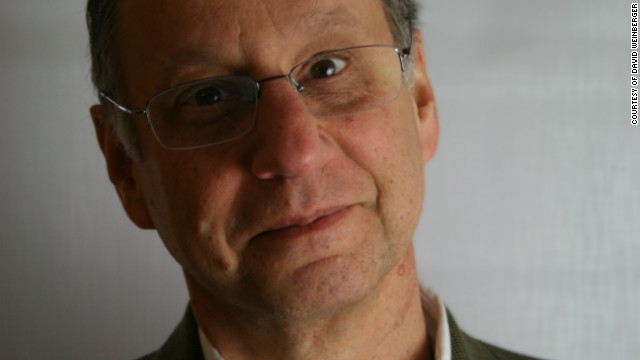 Submitted this article as is to Sunflower Publishing, who then paid me for it, so they own it.  But I am unsure if it will ever appear in print anywhere.  Not thru any fault of myself but a misunderstanding on the part of the editor with the contracting Tourism Board.    But I got paid, which we all know is the truly important part in a freelance’s life.  So this is the raw unedited article I sent them with no edits but my own.

“Do you know what George Washington said to my father?”
“Yes grandpa I know what he said.”
“Well it is was a Sunday and my parents had just had me christened, so that was October 8th of 1758, according to the family Bible.” The old man said as if he had never heard a word his great grandson had said.
The young man sighed.
“Of course Washington was only a Colonel working for the Redcoats at the time but everyone knew who he was, tall, good looking,” the old man said nudging the young man “at least according to my aunt. But that fall General Forbes had more than six thousand troops around here getting ready to build his road and march down his it towards Pittsburgh.” The older man said motioning off the porch and down the valley towards Bedford. “Of course George Washington came back in 1794, he was President by then and he was leading troops to put down the Whiskey Rebellion.”
The man’s great grandson simply nodded and checked the man’s lap blanket.
“The valley was very different back then, but we were growing, soon we got a potter, the basket maker, then we the printer and then a newspaper.”
The great grandson looked over at the man who had just kind of trailed off. The old man looked like he had nodded off, which he did a lot of course that was to be expected he was almost one hundred years old.

Bedford, Pennsylvania has seen a lot of history, the opening of the frontier in 1751, the springboard for the French and Indian War for the British troops building Forbes Road. It served as gathering place for the First President and his troops to put down the first internal threat to the newly formed U.S. government, during the Whiskey Rebellion; and the mustering point for three Pennsylvania regiments who marched off to fight in the Civil War and vacation spot for seven presidents. The Lincoln Highway (today’s Route 30), one of the earliest transcontinental highways runs thru the heart of the county and less than two miles south from Old Bedford Village, 220 Sawblade Rd, Bedford, PA 15522, a showcase of one hundred and fifty years of American history.

To celebrate America’s Bicentennial in 1976 and to help boost the local economy which was faltering the county government decided to embrace Bedford history. With a large contingent of young men, they mined the local community for historical buildings and artifacts. Buildings that where not able to be reconstructed were used for their building supplies and used to create new buildings (Klegg-Blasko House). Over thirty reconstructed or recreated building now stand in the village many of them made with wood from the now almost extinct American Chestnut, all accomplished by the local works program that was created to address the twenty-five percent unemployment rate in the county at the time.

Old Bedford Village goal is to educate people on the everyday life of the people of rural Pennsylvania covering from 1750 to the 1900. It is a living history facility where you will meet with Old Widow Biddle (say that three times fast) in her home as she explains the skills needed to raise a family in pre-electrical America; cooking at a fireplace, weaving and spinning home grown fabric and the hundreds of other tasks a homemaker and mother needed to know. You can visit Fisher’s Pottery to watch the artist in residence use a foot powered potters wheel to create items that can be bought, but be warned the potter can talk at length about his craft and you might feel your eyes glaze over. The young lady who keeps the horses, cows and chickens at the farm tells stories about being a captive of Native Americans and what it was like to return to a world of white people that she only knew as a child.

The Village has a full time staff most who specialize in skills like the Blacksmith shop but a vast majority of the educators are volunteers and are not on site at all times so the best time to get the widest variety of storytellers and teachers is on weekends and during special events. Most of the current paid staff were volunteers for many years before coming on staff and are not only great educators but passionate about history and have specialized in one area of historical knowledge.

The village is on mostly level ground and getting around is easily done on the asphalt and hard packed stone paths. Most buildings are wheel chair accessible (an electric wheelchair is available) with adapted ramps. The visitors center has a variety of handicrafts and historically related items available, there is also other hand-crafts, ice cream, and candy in the village itself for sale.

Price for all day entry is $10.00 for adults, $9.00 seniors, $5.00 students (age 6 through 18), and under 5 are free. Special programs and certified educational programs can be scheduled both on and off site as well as group tours can be arranged at oldbedfordvillage.com The visitors center and the church on property (seating up to one hundred and fifty persons) can be rented for special occasions at 1-800-238-4347. Special events throughout the season include a Civil War weekend, June 8-9, Wild West Weekend June 22-23, the Living History Weekend August 17-18. Old Bedford Village also has an app available to you help you navigate through the village and is available at the website.

A passion for history, a love of storytelling, and and excitement for teaching is the hallmark of Old Bedford Village bringing history alive in this hamlet in Penn’s Woods and gateway to the Laurel Highlands.

Eduardo Hughes Galeano ( 3 September 1940 – 13 April 2015) was a Uruguayan journalist, writer and novelist considered, among other things, “global soccer’s pre-eminent man of letters” and “a literary giant of the Latin American left”

In what light so ever we regard the Bible, whether with reference to revelation, to history, or to morality, it is an invaluable and inexhaustible mine of knowledge and virtue.    John Quincy Adams

John Quincy Adams, son of John and Abigail Adams, served as the sixth President of the United States from 1825 to 1829. A member of multiple political parties over the years, he also served as a diplomat, a Senator and member of the House of Representatives.