A Man Should Know Who He Is

(Like cereal some shifting and settling may occur while shipping, so the views espoused may have changed since the writing transpired. This writer reserves the right to change his mind, evolve, adapt, modify his views, adjust and be proven wrong. )

A man should know who he is. In my opinion there are two questions a person needs to answer in this life, ‘Who am I?’, and ‘What is my purpose here’, or to put the second question in slightly differently manner ‘Why am I here?’ I think if you answer the first question fully enough then it will point you in the direction of the second, or at least give you a couple of clues as to your purpose.
One way to figure out who we are is by figuring out what is truly important to us. When we separate the important from the unimportant. We decide what is junk and what is precious. A great movie for figuring out who we are is Good Will Hunting, and I particularly like this interaction between Robin William’s character and Matt Damon’s. 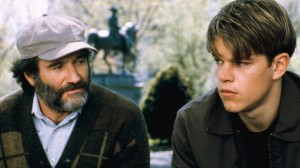 Sean: So if I asked you about art, you’d probably give me the skinny on every art book ever written. Michelangelo, you know a lot about him. Life’s work, political aspirations, him and the pope, sexual orientations, the whole works, right? But I’ll bet you can’t tell me what it smells like in the Sistine Chapel. You’ve never actually stood there and looked up at that beautiful ceiling; seen that. If I ask you about women, you’d probably give me a syllabus about your personal favorites. You may have even been laid a few times. But you can’t tell me what it feels like to wake up next to a woman and feel truly happy. You’re a tough kid. And I’d ask you about war, you’d probably throw Shakespeare at me, right, “once more unto the breach dear friends.” But you’ve never been near one. You’ve never held your best friend’s head in your lap, watch him gasp his last breath looking to you for help. I’d ask you about love, you’d probably quote me a sonnet. But you’ve never looked at a woman and been totally vulnerable. Known someone that could level you with her eyes, feeling like God put an angel on earth just for you. Who could rescue you from the depths of hell. And you wouldn’t know what it’s like to be her angel, to have that love for her, be there forever, through anything, through cancer. And you wouldn’t know about sleeping sitting up in the hospital room for two months, holding her hand, because the doctors could see in your eyes, that the terms “visiting hours” don’t apply to you. You don’t know about real loss, ’cause it only occurs when you’ve loved something more than you love yourself. And I doubt you’ve ever dared to love anybody that much. And look at you… I don’t see an intelligent, confident man… I see a cocky, scared shitless kid. But you’re a genius Will. No one denies that. No one could possibly understand the depths of you. But you presume to know everything about me because you saw a painting of mine, and you ripped my fucking life apart. You’re an orphan right?
[Will nods]
Sean: You think I know the first thing about how hard your life has been, how you feel, who you are, because I read Oliver Twist? Does that encapsulate you? Personally… I don’t give a shit about all that, because you know what, I can’t learn anything from you, I can’t read in some fuckin’ book. Unless you want to talk about you, who you are. Then I’m fascinated. I’m in. But you don’t want to do that do you sport? You’re terrified of what you might say. Your move, chief.
(http://www.youtube.com/watch?v=qM-gZintWDc)

Sean had himself pretty well figured out and he was able to help Will figure out who he was. Sean, Robin William’s character knew what was important, intimacy friendship, loss, and love. Also important is those moments that blow big holes in your very existence, that you mark down as this was my life before and this is my life after.
Now then life is not like the movies, we don’t have someone writing our lines (I know I wish I did sometimes, I would be a lot funnier and seem a lot smarter). But they represent our lives, the old question is asked, does life imitate art or does art imitate life. Well I say yes. Yes they do.

A man who knows who he is very powerful, we have made some great scenes in movies of how a man defines himself. One of the classics is from the Grapes of Wrath when at the end Henry Fonda gives this statement. 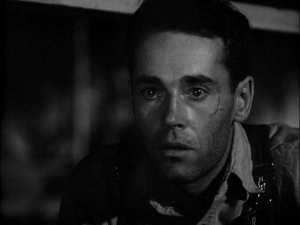 Tom Joad: Then it don’t matter. I’ll be all around in the dark – I’ll be everywhere. Wherever you can look – wherever there’s a fight, so hungry people can eat, I’ll be there. Wherever there’s a cop beatin’ up a guy, I’ll be there. I’ll be in the way guys yell when they’re mad. I’ll be in the way kids laugh when they’re hungry and they know supper’s ready, and when the people are eatin’ the stuff they raise and livin’ in the houses they build – I’ll be there, too.
(http://www.youtube.com/watch?v=-zNfpLJV6dw at the 1 minute mark, sorry for the comments by Jane Fonda.)

A little too collectivist for my tastes but the point is there. A man believes he is defined by bigger things than just what he does for a living. It is done by what he lives for and who he lives for. A more recent example is from the movie Gladiator when Russell Crowe gives this statement: 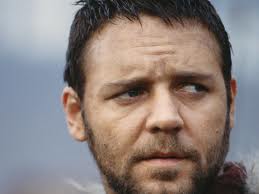 Maximus: My name is Maximus Decimus Meridius, commander of the Armies of the North, General of the Felix Legions, loyal servant to the true emperor, Marcus Aurelius. Father to a murdered son, husband to a murdered wife. And I will have my vengeance, in this life or the next.
(http://www.youtube.com/watch?v=X1UmHfWCw-4 25 seconds to 56 seconds)

Or this from the movie Secondhand Lions with the great Robert Duvall: 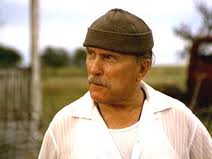 Hub: I’m Hub McCann. I’ve fought in two World Wars and countless smaller ones on three continents. I led thousands of men into battle with everything from horses and swords to artillery and tanks. I’ve seen the headwaters of the Nile, and tribes of natives no white man had ever seen before. I’ve won and lost a dozen fortunes, KILLED MANY MEN and loved only one woman with a passion a FLEA like you could never begin to understand. That’s who I am.
(http://www.youtube.com/watch?v=nN23cFLHE7s 56 seconds to 1:27)

Now then I know what you are thinking; these are all about men, by men, dealing with things of men. Well yes, but you see I am a man. I have no clue how a woman thinks, heck I barely know how I think and I am in my forties. But I am searching out how I am made, how I am put together, I have a few answers. I think most of us are looking for the answers, ones we come up with for ourselves. Ones that when we do put them together for ourselves we go “hot damn, that is me, that is who I am.”
But this is my statement about who I am. It has not changed much since I wrote it in November 2008, and I have not opened the document since 2010, but I have it tucked in the cover of my IPad to remind me occasionally.

I am an adopted son of the Most High God; my adoption written and paid for by the Blood of His Son Jesus Christ, I should be relying on His Grace, and His Strength and not my own
I am a guardian, standing between the sheep of this world and the wolves, I am a sheepdog
I am one who fights against chaos and cruelty and tries to bring order and love to my corner of the world
I am husband to my wife, who makes me a better man,
Dad to my daughter, who needs me to be a good man,
I am a Scouter which means teacher, coach, counselor, builder, friend, organizer, driver, cook and clown
I come from a line of good and noble people, who with hard work and sacrifice have made this nation strong
I am a citizen and soldier who believes in the ideals, words and sprit of the Declaration of Independence, the Constitution and the Gettysburg Address

Well you might be saying that statement is pretty silly. Well to tell you the truth I really don’t care what you think of my statement of who I think I am. I did not write it for you, I wrote if for me. But it encapsulate my life and who I believe I am, who I want to be, what I am striving to live up too. It took me several months to write that statement, probably years to figure out I needed to write it down.
Do I always live up to it, heck no, but that is life trying something, failing and then getting up again and moving forward. That is one of the reasons I believe everyone likes the Looney Tunes Road Runner cartoons, not for the Road Runner but for Wile E. Coyote, he never gives up, he never surrenders, and he always tries again and again and again. Because the last time you don’t get up that is it, the time you stop trying, the time you stop seeking answers that is it game over, the end, do not pass go do not collect $200.00. And like an Old Italian proverb states, when the game is over both the King and the Pawn go into the same box.

Borrowed the part about Sheepdogs from LTC Grossman and his article titled Of On Sheep, Wolves and Sheepdogs in particular. LTC Grossman is an excellent speaker go see him if you ever get the chance.

Categories: My Views On The Real World