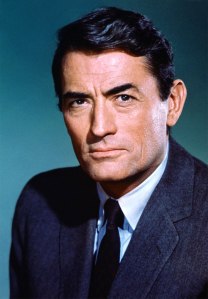 You have to dream, you have to have a vision, and you have to set a goal for yourself that might even scare you a little because sometimes that seems far beyond your reach. Then I think you have to develop a kind of resistance to rejection, and to the disappointments that are sure to come your way.  Gregory Peck