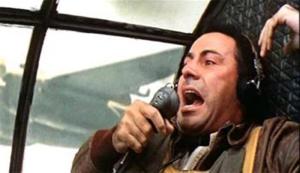 Catch-22 is a satirical novel (then a movie starring Alan Arkin) written by American author Joseph Heller. He began writing it in 1953; the novel was first published in 1961. It is frequently cited as one of the greatest literary works of the twentieth century. It uses a distinctive non-chronological third-person omniscient narration, describing events from the points of view of different characters. The separate storylines are out of sequence so the timeline develops along with the plot.

The novel’s title refers to a plot device that is repeatedly invoked in the story. Catch-22 starts as a set of paradoxical requirements whereby airmen mentally unfit to fly did not have to do so, but could not actually be excused. By the end of the novel it is invoked as the explanation for many unreasonable restrictions. The phrase “Catch-22” has since entered the English language, referring to a type of unsolvable logic puzzle sometimes called a double bind. According to the novel, people who were crazy were not obliged to fly missions, but anyone who applied to stop flying was showing a rational concern for his safety and was, therefore, sane and had to fly.

Dr. ‘Doc’ Daneeka: Of course he is. He has to be crazy to keep flying after all the close calls he’s had.

Yossarian: Why can’t you ground him?

Yossarian: That’s all he’s gotta do to be grounded?

Yossarian: Then you can ground him?

Dr. ‘Doc’ Daneeka: No. Then I cannot ground him.

Dr. ‘Doc’ Daneeka: Sure. Catch-22. Anyone who wants to get out of combat isn’t really crazy, so I can’t ground him.

I will watch Alan Arkin in anything he is in, he is great.  While this is not a speech this is still some great writing.  Here is one of my favorite scenes from this movie, if you have not seen it yet drop whatever you are doing and go watch this great movie, or better yet read the book.