Sex is a bad thing because it rumples the clothes.   Jackie Kennedy 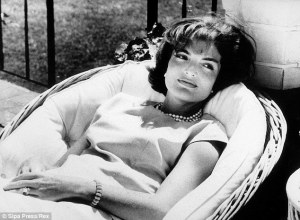