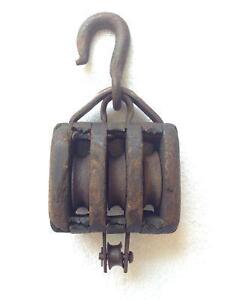 He had been both lucky and cursed the day of the crash.  The ship had buried itself so deep on this small remote island that none of the natives noticed it.  It had taken him a long time to dig his own way out from the wreckage, luck because he should have been dead.  Cursed because with each clump of dirt he moved the certainty that the ship would never leave this planet grew. His wonderful organic ship was dead but the prisoner it was transporting was not.  The prisoner he left exactly where it was, deep in the ground secure in the stasis chamber.

He looked toward the sky knowing that is where rescue should have come from, but after a hundred or so revolutions  around  this star he knew it would  not be coming.  He still had an oath to live up to and keeping the prisoner secure thus keeping this planet safe and by extension the rest of the galaxy from the monster’s rampage was how he would fulfill his oath.

This place was cold and strange and if he disliked it then the prisoner would hate it.  Of course the prisoner hated everything.  That hate had fueled  a wide swath of killing and destruction across the galaxy before he had been captured.  After it had been determined that the creature could not be reasoned with or changed a prison had been constructed for this prisoner, balanced on the event horizon of a collapsing star making escape impossible.  It was on the way to this specially constructed prison that the crash has happened.

He had worked hard to blend in with the new local population and bought supplies and materials with scavenged parts of his ship and with those crude tools he had further entombed the prisoner, even harnessing the ocean in this simple one person penal institution. He patted the bare earth one more time with his shovel, the prisoner was as secure as he could make it.  The monster was so deep now no sane creature would ever dig here without a good reason.  He had even harnessed the cold, salty ocean in a manner to keep the prisoner deep underground.

He looked up at the final tool that was to be removed to erase all evidence of his efforts here.  A primitive block and tackle that he had been using to place the final barriers in place, obstructing access to the vault he had constructed below.  He had to make one more trip back to the mainland to retrieve the beacon he would place high in the tree.  The last remnant of his ship, would be a safeguard to warn other travelers what was buried below, in addition it would send out a harmless tone that would make this weirdly uncomfortable to the local sentient life forms.  Once the organic beacon was in place he would take the pulley system down.  The beacon would be come part of the tree and eventually part of the island itself, giving a steady warning to stay away from this place.

“Did you hear about the accident in Chester?” Daniel McGinnis said pulling on the oars.

“You mean the one with that old man getting killed when that freight wagon broke loose.”

“Yeah they said he was crushed flat and there is not enough left to bury.”  Vaughn said jumping into the conversation.

“Didn’t he live out this way somewhere?”

“No one seemed to know much about him, he was crazy hermit.”  Smith added.

The three boys stopped their conversation as they landed on the shore and McGinnis lead them to what he wanted to show them.  He had convinced them to bring along the shovels but he had not told them why.  “There it is.”  He said pointing to the branch.

“Strange place for a block and tackle.”  Vaughn stated and Smith nodded in agreement.

“And look underneath it.” McGinnis said excitedly standing directly underneath the block and tackle.

Vaughn and Smith looked down to where their friend was standing.  The soil was soft as though the ground had recently been filled in.   “I think we have found Captain Kidd’s buried treasure.” McGinnis said pointing down with his shovel.

Smith and Vaughn looked around as if saying the pirate’s name would make him appear.

McGinnis looked at his friends.  “Can you think of another reason anyone would be out here digging on Oak Island.”

A story I wrote a couple of months ago and submitted to a writing contest.  Today I was notified it was not chosen, so I can release it to my dear readers.