If you could kick the person in the pants responsible for most of your trouble, you wouldn’t sit for a month.   Theodore Roosevelt

Theodore Roosevelt Jr. (/ˈroʊzəvɛlt/ ROH-zə-velt;[b] October 27, 1858 – January 6, 1919) was an American statesman and writer who served as the 26th president of the United States from 1901 to 1909. He also served as the 25th vice president of the United States from March to September 1901 and as the 33rd governor of New York from 1899 to 1900. As a leader of the Republican Party during this time, he became a driving force for the Progressive Era in the United States in the early 20th century. His face is depicted on Mount Rushmore, alongside those of George Washington, Thomas Jefferson, and Abraham Lincoln. In polls of historians and political scientists, Roosevelt is generally ranked as one of the five best presidents. 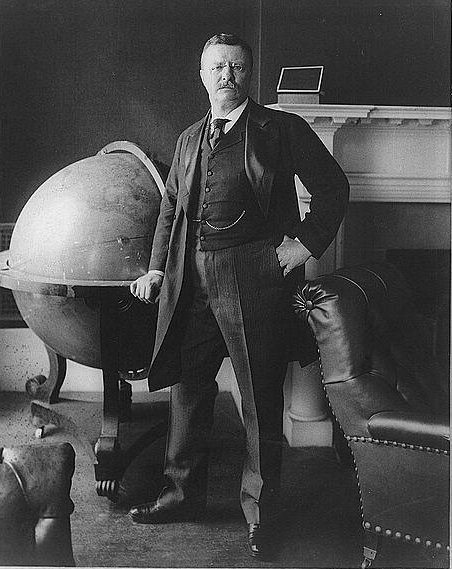