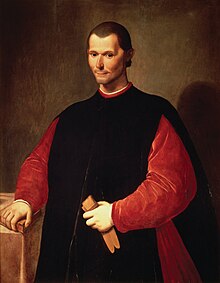 When you disarm the people, you commence to offend them and show that you distrust them either through cowardice or lack of confidence, and both of these opinions generate hatred.   Niccolo Machiavelli

Niccolò di Bernardo dei Machiavelli (3 May 1469 – 21 June 1527) was an Italian diplomat, politician, historian, philosopher, humanist, writer, playwright and poet of the Renaissance period.[2][3][4] He has often been called the father of modern political science. For many years he was a senior official in the Florentine Republic, with responsibilities in diplomatic and military affairs. He also wrote comedies, carnival songs, and poetry. His personal correspondence is renowned by Italian scholars. He was secretary to the Second Chancery of the Republic of Florence from 1498 to 1512, when the Medici were out of power. He wrote his best-known work The Prince (Il Principe) in 1513, having been exiled from city affairs. 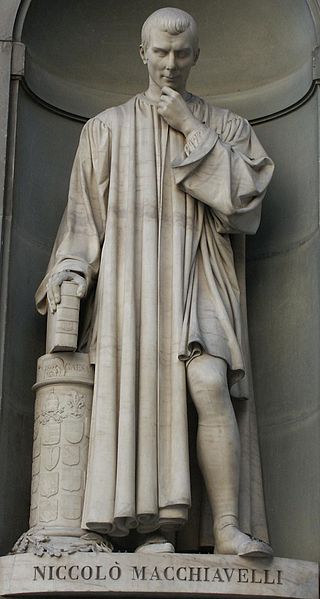