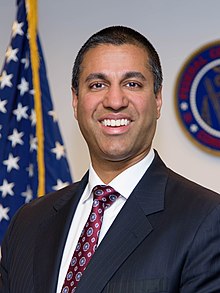 Without having to ask anyone’s permission, innovators everywhere used the Internet’s open platform to start companies that have transformed how billions of people live and work.    Ajit Pai

Ajit Varadaraj Pai (/əˈdʒiːt ˈpaɪ/;[1] born January 10, 1973) is an American lawyer who serves as the Chairman of the United States Federal Communications Commission (FCC). He is the first Indian American to hold the office. He has served in various positions at the FCC since being appointed to the commission by President Barack Obama in May 2012, at the recommendation of Mitch McConnell. He was confirmed unanimously by the United States Senate on May 7, 2012, and was sworn in on May 14, 2012, for a five-year term. 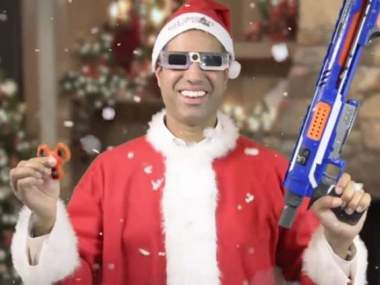