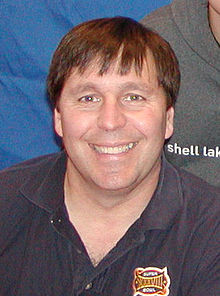 Things don’t really impress me. Memories impress me. It’s not the toys, it’s the people.   R. A. Salvatore

Robert Anthony Salvatore (born January 20, 1959) is an American author best known for The DemonWars Saga, his Forgotten Realms novels, for which he created the popular character Drizzt Do’Urden, and Vector Prime, the first novel in the Star Wars: The New Jedi Order series. He has sold more than 15 million copies of his books in the United States alone and twenty-two of his titles have been New York Times best-sellers.