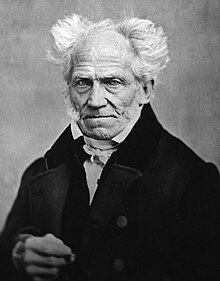 Life swings like a pendulum backward and forward between pain and boredom.   Arthur Schopenhauer

Arthur Schopenhauer (22 February 1788 – 21 September 1860) was a German philosopher. He is best known for his 1818 work The World as Will and Representation (expanded in 1844), wherein he characterizes the phenomenal world as the product of a blind and insatiable metaphysical will.[15][16] Building on the transcendental idealism of Immanuel Kant, Schopenhauer developed an atheistic metaphysical and ethical system that rejected the contemporaneous ideas of German idealism.[17][18] He was among the first thinkers in Western philosophy to share and affirm significant tenets of Eastern philosophy, such as asceticism and the notion of the world-as-appearance.[19][20] His work has been described as an exemplary manifestation of philosophical pessimism. 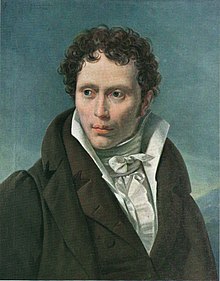