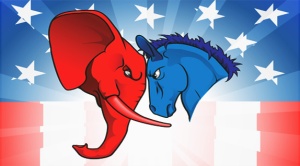 Once upon a time there was a basketball game in that everyone was interested in.  The basketball game was very important and everyone was excited to watch it.  There was a blue team and a red team.  Everyone had a side they were cheering for, so much so that they would get into very serious arguments about which team was better.  It came time for the big game and each team had their cheerleaders and each team had an announcer that was broadcasting for their team.   All the fans were very invested in the game, the fans wore their team colors and put signs up in their yards.

The cheerleaders and broadcasters were true believers that believed their team was the best and nothing the other team did was ever good or honorable.  People who were really interested in the game saved and scrimped and bought tickets for this huge stadium event, while those who could not either watched it on TV and tuned into their favorite broadcaster.

The broadcaster’s had the best stats and details about the teams, information they could produce at a moment’s notice.  If a guy for the red team scored the blue announcer would state it was luck and show that of the last three times shooting he missed and he had once kicked a cat.  If a guy for the blue team scored their announcers would show almost instantly, that he fowled a red team member each time he dribbled with his left hand while stepping with his left foot and broadcast the fact that ninety percent of the time he did not use his right turn signal when stopping for coffee.

The game started and the crowd roared every time a basket was scored.  The announcers made dramatic calls and everyone at home was glued to their television cheering their team.

Meanwhile up in the skybox seats the sponsor and the owners looked down and smiled.  They smiled because they were making money, they sold food and drinks to all the fans, the sold the television rights and sold their products, they even sold the red and blue t-shirts the fans bought and wore.

Sometimes though a fan or maybe someone at home noticed something, there was no scoreboard.  The looked and looked but could not find a record of who was actually winning or losing.  No one was keeping track of the total baskets scored by each team.  The game progressed with each team scoring, sometimes they would miss a shot and half the fans would cheer and the other half would boo.

It came time for halftime, and both teams went to the locker room. They had played their hearts out and were dripping with sweat, some even trash talked the other teams on the court, jeering at them and making fun of the other team to the delight of the fans.  Unseen by the fans though even though the red team and the blue team left the court via separate and spectacularly decorated tunnels they both ended up in the same locker room, they met with the owners and sponsor who slapped them all on the back and congratulated them on the fine game they were playing.

Meanwhile out on the court, the cheerleaders were dancing. There were cartoons on the big screen showing red and blue icons competing with each other.  The red and blue mascots got into a game of pranks and the crowd cheered with almost as much wild abandon as when their team scored a goal.

Some people kept looking for a scoreboard.

I was inspired to flesh out a thought that Jack Spirko at The Survival Podcast passed on this week.  Over the past couple of years I have become very disillusioned with the political parties in this country.  Is my analogy perfect, of course not, is it all inclusive, no.  I just think that the people in the U.S. are missing the big picture.

If you liked my take on politics you might like this short story, We Need a Monster or Salesmanship. 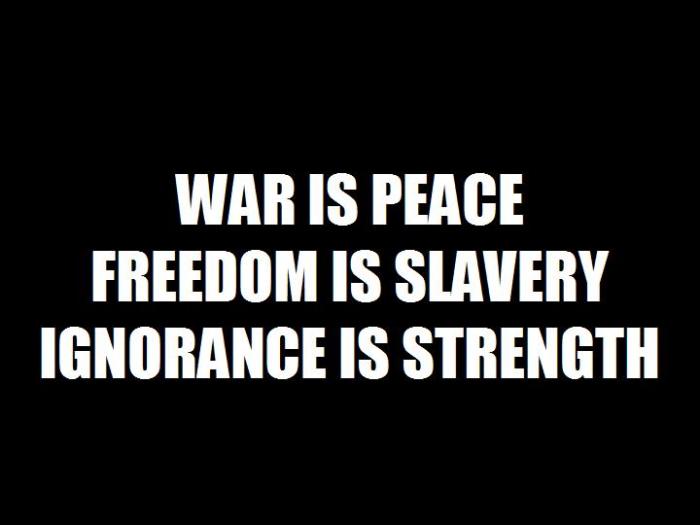 Categories: Ameica's Big Game, My Views On The Real World