Henry Ross Perot (born June 27, 1930) is an American business magnate and former politician. As the founder of Electronic Data Systems, he became a billionaire. He ran an independent presidential campaign in 1992 and a third party campaign in 1996, establishing the Reform Party in the latter election. Both campaigns were among the strongest presidential showings by a third party or independent candidate in U.S. history. 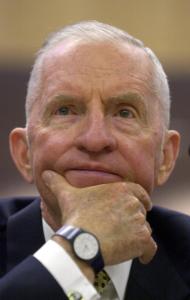