William Claude Dukenfield was the eldest of five children born to Cockney immigrant James Dukenfield and Philadelphia native Kate Felton. He went to school for four years, then quit to work with his father selling vegetables from a horse cart. At eleven, after many fights with his alcoholic father (who hit him on the head with a shovel), he ran away from home. For a while he lived in a hole in the ground, depending on stolen food and clothing. He was often beaten and spent nights in jail. His first regular job was delivering ice. By age thirteen he was a skilled pool player and juggler. It was then, at an amusement park in Norristown PA, that he was first hired as an entertainer. There he developed the technique of pretending to lose the things he was juggling. In 1893 he was employed as a juggler at Fortescue’s Pier, Atlantic City. When business was slow he pretended to drown in the ocean (management thought his fake rescue would draw customers). By nineteen he was billed as “The Distinguished Comedian” and began opening bank accounts in every city he played. At age twenty-three he opened at the Palace in London and played with Sarah Bernhardt at Buckingham Palace. He starred at the Folies-Bergere (young Charles Chaplin and Maurice Chevalier were on the program).

He was in each of the Ziegfeld Follies from 1915 through 1921. He played for a year in the highly praised musical “Poppy” which opened in New York in 1923. In 1925 D.W. Griffithmade a movie of the play, renamed Sally of the Sawdust (1925), starring Fields. Pool Sharks (1915), Fields’ first movie, was made when he was thirty-five. He settled into a mansion near Burbank, California and made most of his thirty-seven movies for Paramount. He appeared in mostly spontaneous dialogs on Charlie McCarthy‘s radio shows. In 1939 he switched to Universal where he made films written mainly by and for himself. He died after several serious illnesses, including bouts of pneumonia. 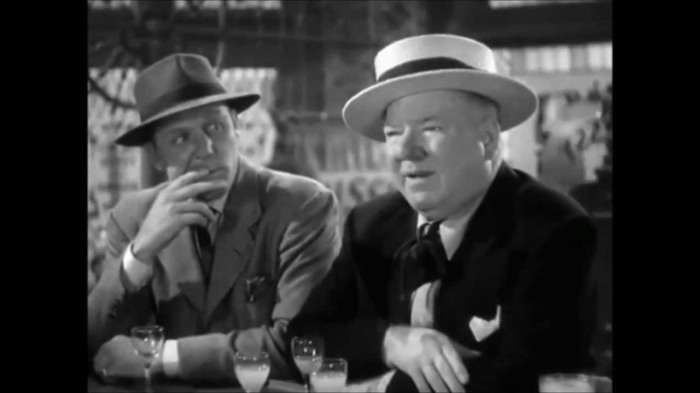